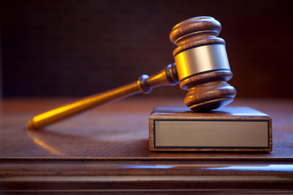 Below are answers to questions frequently asked by men and women regarding contempt actions within the state of Oklahoma.  Please remember the answers and the information contained on this web site are based on general facts and might not apply to specific factual situations.  In addition, this information is based on Oklahoma law. The laws of other states may differ substantially. The information contained on this web site is not meant to be specific legal advice. Always consult a lawyer to apply the law to your specific facts and state.

2.     Can a contempt action be filed before a Divorce or Paternity is granted?

Yes. In Oklahoma a contempt action can be filed at anytime to enforce a court order.  This includes enforcement of Temporary Orders, Child Support Orders, Alimony Orders, Visitation Orders, Property Division Orders Divorce Decrees and Paternity Decrees among others.

The first step is to make sure an existing court order has been violated. Once the violation is established your attorney will prepare an Application for Contempt and set an arraignment date.  At the arraignment the party charged with contempt will plead either guilty or not guilty.  If the party pleads not guilty then the judge will set bail, ask the party if they want a jury trial or a bench trial (tried to the judge) and then set a trial date.  Often a judge will allow the charged party to sign an Own Recognizance Bond.  If the judge allows an Own Recognizance Bond the charged party does not have to pay a bail amount but instead swears they will appear for the trial or face possible jail time if they do not appear. At the trial both parties will put on evidence regarding the contempt and a verdict of guilty or not guilty will be reached.

4.    What is the punishment for being found guilty of contempt?

If someone is found guilty of contempt the punishment can be a fine, jail time or both.  Additionally, if the person owes money that person's income, bank accounts and other assets can be garnished or even executed on.

5.    Is there any defense to being charged with contempt?

Yes.  You can prove that the allegations are false at the trial.  For example providing proof of payments with cancelled checks.  Additionally you may be able to show the violation of the court order was not willful disobedience.  The phrase 'willful disobedience' is a legal term that has very specific requirements before it can be proven therefore you should speak with an attorney if this will be your defense.  It is important to speak with an attorney if you have been charged with contempt since you may be imprisoned if found guilty.

6.    Where can I find out more about contempt?